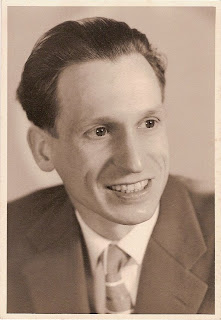 "Gather memories while ye may, for old men may be dying."
Erwin Hirschmann was a little boy, living in Vienna during World War II. These recollections are from an interview shortly before he died suddenly at age 85, January 1, 2009.

“When war began in September 1939 it meant little to us children. Our routines were not interrupted by an event most of us didn’t even know was taking place, much less understood. War, when we thought of it at all, was something for adults, taking place in lands with strange-sounding names. War seemed heroic to many of us; at least that is how the adults spoke of it when we overheard them over Sunday afternoon dinner. We continued to play hide-and-seek, hopscotch, Cowboys and Indians, went to school, and in time simply added another game to our list—Krieg. 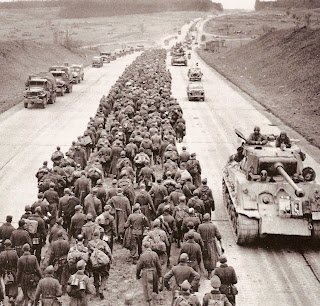 “In 1940 and 1941 the air waves were filled with constant program interruptions of Sondermeldungen, special announcements of great victories by the German armies. But by 1943 there were no more Sondermeldungen. Instead, the drone of enemy aircraft overhead and the wail of the air raid siren began to define our lives in Vienna. Sleeping through a night without being awakened by the wail of a siren or the thump of exploding bombs became a rarity. We clung to our mothers, and when Mutti said that everything would be all right, we tried to believe, holding on even more tightly as we were herded into house cellars and bunkers.

“By 1944 war no longer was a game to us, nor was it heroic. Many of us were called into military service at a very young age. We saw our houses burned, our friends buried under rubble. The air raid siren in Vienna and other large cities became the ultimate sound of terror. The war from the sky, which claimed nearly 600,000 civilians, many of them children, remains a vivid memory for me still.”

Heritage Associates is in the memory business. Oral history interviews give dimension and perspective to lists of names, dates and places; the experiences of a lifetime become relevant to the future. Contact W. Dee Halverson to collect the important memories of people important to you.
Posted by Travelin'Oma at 1:47 AM