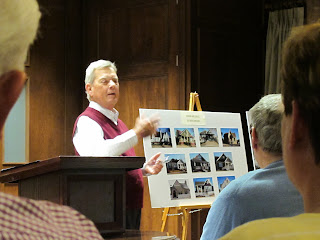 "This lecture series is dedicated to the memory of
Bingham Canyon's 25,000 men, women and children.
May they always be remembered."
Recently Dee Halverson, president of Heritage Associates, LLC, acquainted residents of South Jordan, Utah with the former residents of the area: people who lived in fifteen small towns surrounding what has become the largest open pit copper mine in the world. 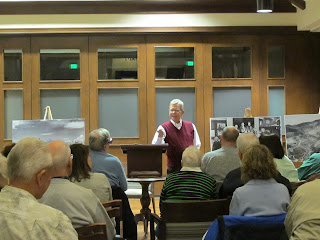 Lecture at Garden Park Clubhouse
During the 1920s and 30s Bingham Canyon, Utah was the third largest city in Utah with 25,000 men, women and children who were mostly foreign born and who spoke 30 different languages. These miners came from Greece, Italy, Austria, Great Britain, Japan, China, Korea, Serbia and Croatia to work in the copper mines which began in 1906. Octogenarians who grew up in towns later swallowed up by the mine, were the source of stories about Galena Gulch, Frog Town and Highland Boy. 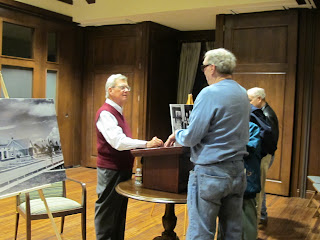 One of many stories told of an avalanche that killed 31 people outright, and left 150 buried. Dr. Paul Richards revived many of the victims by wrapping them in hot towels, instructing others to massage their arms and legs. At times 60 to 80 people were working over the frozen bodies. All of the victims who had a discernible heartbeat were eventually revived. One little five-year-old girl who had been buried alive was cared for by Dr. Richards. After several frantic and frightening minutes she opened her eyes and said, "Hi, Doc. I'm cold."

Dee Halverson revives history. Towns that were buried have now been uncovered and remembered. People once forgotten have come back to life.

Contact Heritage Associates:
"We give a future to your past."