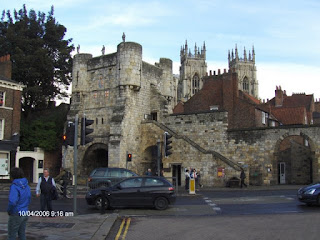 Heritage Associates, LLC has it's roots in England. Dee and Marty Halverson moved their family of nine to the ancient walled city of York for a year in 1985 while Dee got a master's degree in Historic Preservation at the University of York.

During that time, the Church of Jesus Christ of Latter-day Saints was preparing to celebrate 150 years in the British Isles. A professor at BYU was writing a book on the subject and asked Dee to search out some particular historical sites in England. Memorable events and locations were described in diaries written 150 years before by Heber C. Kimball and Wilford Woodruff, but the coordinates had disappeared from modern maps. Names like Hilltop Farm, Castle Frome, Benbow Pond and Job Pingree's Mill were well-known to LDS historians, but the actual places were lost in the depths of the countryside. 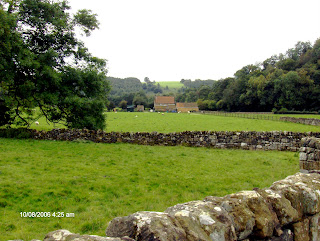 Dee was further asked to follow the journals and find appropriate locations for the Church to place historic plaques, hold celebrations, and even purchase property for the British saints to enjoy.
Over several months Dee and Marty traveled the length and breadth of England's narrow, crooked roads, using 100-year-old ordnance maps, collecting information from local folks. LDS church members (Mormons) had immigrated en masse to Utah in the 1850's, and their important places weren't important to the people now living in England. Many British Latter-day Saints didn't know the history of their earlier counterparts who had left, and were unfamiliar with the church sites themselves. One major reason for the celebrations, plaques and documentation was to acquaint members with their own church history.

Without the aid of a computer, satellite map, or GPS, Dee and Marty gathered precise details. It was an unpaid job; in fact they actually paid their own expenses. But it was like an apprenticeship, and they discovered they loved gathering history and assembling the pieces together like a puzzle. Facts, locales and human stories must be compiled and put into written form to be accessible to scholars. This on-the-ground research was valuable, necessary, and Dee and Marty recognized they were good at it.

Using a magnifying glass to read the old maps, Dee found significant markets, lodgings, farms and ponds, and then transposed them onto modern maps. Sometimes the roads were gone; often Marty had to climb out of the car and peer through high hedgerows to see the ruins hidden behind them. Luckily things don't change too quickly in England and they eventually compiled directions to a cemetery in Llanelli, Wales, to a home on the Isle of Man, to a stone wall in Downham, Lancashire, with many noteworthy farms, chapels, and rivers in between. The history now had a setting. 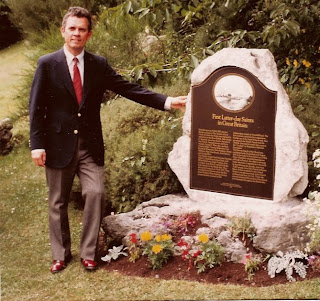 After returning to Salt Lake City in 1986, Dee served on the committee that prepared the historical markers. He also established a private preservation trust and raised money to purchase and rebuild some of the buildings he had found in ruins. There are guided tours in Britain designed around these sites today. 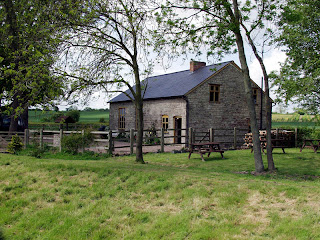 The next year the Halversons went back to England for a month to set up displays in town halls and libraries around the country, and transport the plaques to their destinations. When it was all over, it was time to find a real job.

In connection with these events, Dee had a chance to interview Gordon B. Hinckley who was a counselor in the 1st Presidency of the Church at the time. He asked Dee about his career plans after the Sesquicentennial was over and Dee told him he was considering a job with the Church archives.
President Hinckley recognized some characteristics and talents unique to Dee. He said this:
"Dee, history is not just in the archives. Most of it is in the attics and basements of everyday people, waiting to be discovered. You tell those stories."

And Heritage Associates was born.
Posted by Travelin'Oma at 4:25 PM