Dee Halverson: History of the Historian 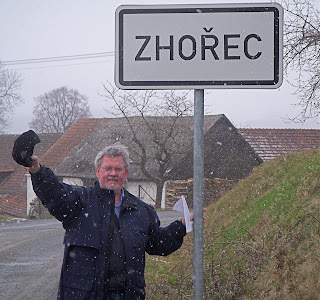 You might say that I was born to history, because I was one of the first wave of post-World War II baby boomers. My birthday, October 5, 1946, came exactly nine months after my father returned home after serving in the U.S. Army in Europe. His tales of army life in England and France were enhanced by the various wartime souvenirs and artifacts that he kept religiously. The pages of newspaper clippings, maps, foreign stamps and coins fascinated me and stimulated my interest in faraway geography, history and culture.

Even my elementary school, Timpanogos, was named for a long-since disappeared tribe of local Native Americans, as well as an 11,000-foot overwhelmingly beautiful mountain peak nearby. Each day from Kindergarten through 6th Grade my route from home to school and back took me past some historic sites—the small group of well-preserved, Mormon pioneer log cabins in Sowiette Park and the well-preserved artifacts and docents in the Daughters of Utah Pioneers Museum. There was also a large granite-topped monument with a bronze plaque telling of the settlement of the Provo, Utah area. I was always trying to figure out how to pry loose the large “fool’s gold” rocks embedded within the monument.

Great teachers of history, languages and geography continually inspired me with stories of Richard Halliburton, the world traveler / explorer; Spanish padres and mountainmen fur-trappers who explored our mountains and valleys; and also the faith-driven colonizers of our land. I always found myself connecting with these subjects and disinterested in science, math or trigonometry. When it was time to go to college there was no hesitation for me to dive headfirst into all the Humanities, at the same time that “plastics” and aerospace were all the rage. I would simply not be put off by those who would ask, “But what are you going to do with it?”

Opportunities opened up for me to continue my quest. I cruised through my college courses, always deferring the unattractive classes in the Sciences that were required. Then I was called to serve a two-year mission for my church in West Germany which opened up a whole new world of inquiry. Later I returned to Europe to study more history and culture on a semester abroad program. As an added bonus I met my future wife who was also studying in Austria. Now I had someone to share my passion for the past and other things with. Marty and I were determined to have a dozen children; raise them in a German-speaking household; and some day take them to live in a foreign country.

Although I had set my sights on the Foreign Service, the war in Vietnam came crashing into our lives with the military draft lottery of December 1969. It was the first and only lottery that I was declared a winner—my draft number was 24th out of 365. By the time I had completed the ROTC courses three years later, I had a college degree and a growing family of three children. Before being commissioned I received a medical discharge and started planning all over again.

After a detour into the business world, Marty and I took our seven children to York, England so I could complete an advanced degree in History while living in a medieval, walled-city. Finally, I was on track again.
Returning home to Utah I decided to hang out my shingle as a Public Historian. In 1985 our company, Heritage Associates, LLC, was founded to provide history-based products to institutions, government, individuals and families. Since that time we have been dedicated to communicating the client’s history in a clear and engaging story. Our purpose is to preserve the personal or corporate memories that create a lasting legacy for future generations.

For nearly twenty-five years it has been my pleasure to research and write over fifty books of corporate, family and personal history; to conduct hundreds of oral-history interviews to preserve past memories; and to weave strands of lives, past and present, into a tapestry which tells the story of what has gone on before. I have done research throughout the United States, Canada, Europe and Great Britain. There is nothing that excites me more than working on topics that have never been done or finding artifacts and documents that fill in the missing pieces. It is a blessing to be engaged in work that is meaningful and worthwhile.

At sixty-two I look forward to new projects to immerse myself in, knowing full well that there are simply more great stories out there yet to be told than I have time to complete. I can’t wait to see what happens in the next twenty-five years. 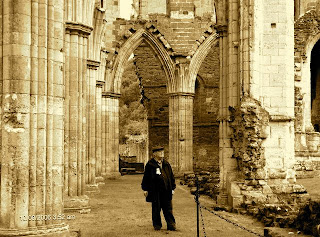